Disclaimer:  The information you obtain at this site is not, nor is it intended to be, legal advice. You should consult with an attorney regarding your individual situation. We invite you to contact us or schedule a consultation through our online scheduling system. Contacting us does not create an attorney-client relationship. Please do not send any confidential information until we have established an attorney-client relationship. 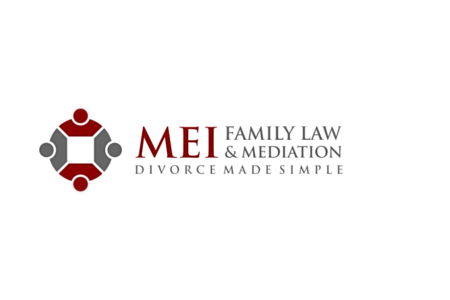 “Divorced” means you were married, but you terminated your marital status and you are now single.

“Legal Separation” means you were married, you did not get divorced, but you live separate and apart from your spouse and you have divided your assets and debts, etc.

A “Nullity” means your marriage was void, so it’s as though you were never married.

Similarities.
Divorce and Legal Separation both divide community property assets and debts, and deal with spousal support and child support.   Both also deal with child custody and visitation issues.

Differences.
In a divorce, your marital status is terminated, so you become “single” again.  In a Legal Separation, you stay married, so you may not marry someone else.

Advantage of Divorce.
Marital status terminates and the parties are returned to “single,” so they may marry again.  The termination of marital status also often symbolizes a positive change in a person’s life, and represents a new start.

Advantage of Legal Separation.
Spouses may continue to receive health insurance benefits through one party’s employer’s health care plan.  Spouses may preserve their religious or moral beliefs against divorce.

Nullity.  Nullity is based on the underlying fact that the marriage was void.  Therefore, it is treated as if it never happened.  If the marriage never happened then, there was no community property to divide, and there is no obligation to pay spousal support. Child custody and child support would be dealt with separately.)  Here are the reasons/basis to nullify your marriage, and the proof you’ll need for each reason:
Underage – You must be at least age 18 to marry.  If one party was under age 18 when he or she was married, then the marriage is void.  This can easily be proven by producing a copy of the party’s birth certificate, driver’s license, passport or other government issued form of identification that shows the person’s date of birth.
Insanity - One party was legally insane when he or she was married.  This requires a medical doctor or psychiatrist to certify the party was legally insane at the time of marriage.
Incest - Family members may not marry each other.  Proving a spouse married a family member can occur through the testimony of other family members, the production of birth certificates and other family records, such as letters, wills, etc.
Bigamy – If one party was already married and not divorced when he or she married again, the second marriage is void.  The spouse requesting the nullity of the second marriage can prove bigamy by obtaining a copy of the certificate of marriage for the first marriage that shows his or her spouse was already married at the time of the second marriage.
Fraud – If one spouse lies to his or her spouse about loving him or her, his or her ability to have children or some other fact that goes to the heart of the marriage, then the spouse who was lied to can contend that he or she was defrauded into marrying his or her spouse.  Proving fraud is difficult because it requires the defrauded party to prove that the other spouse intended to commit fraud.